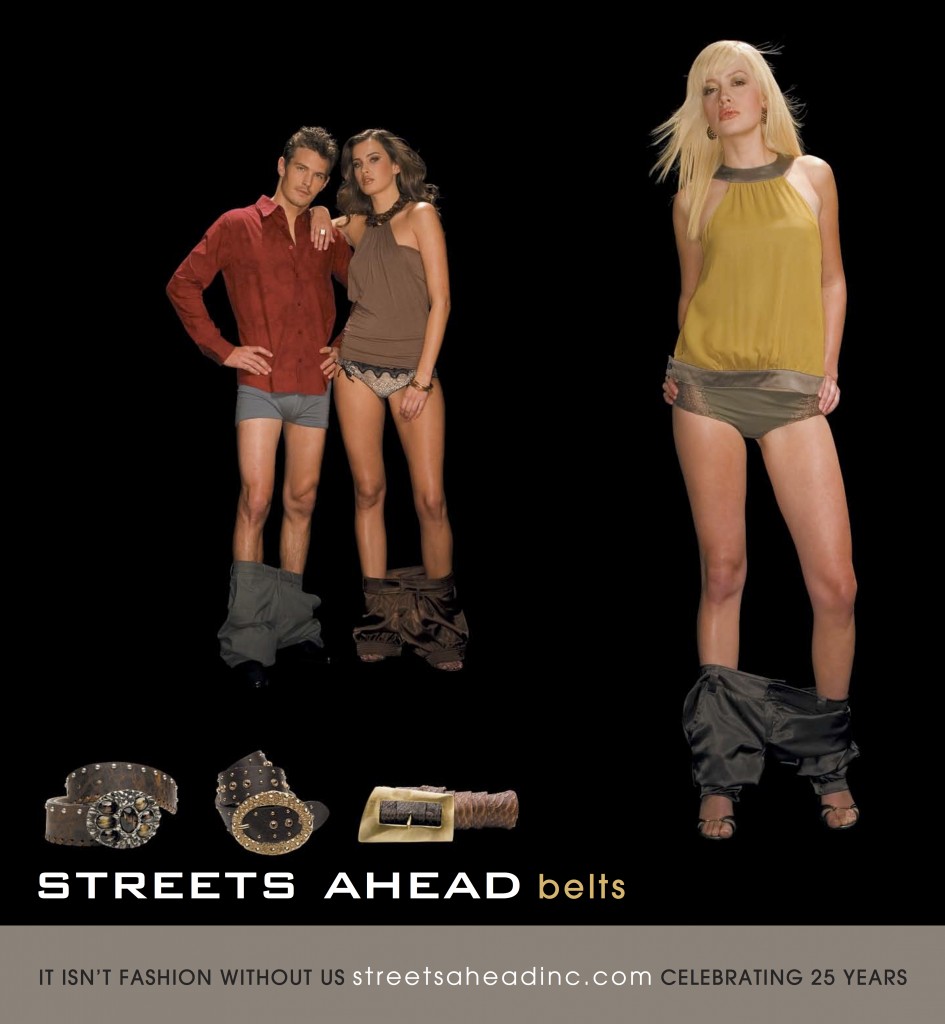 Streets Ahead is America’s top luxury belt maker (and if you haven’t heard of them, you’ve definitely seen them in the film, “The Devil Wears Prada”).
Curtis Birch created Streets’ first ever consumer campaign, celebrating their 25 years in the fashion industry and announcing the brand (in memorable fashion)
to the national shopper.The big idea:’fashion’ would be a funny place indeed without Streets Ahead belts. The campaign drew the attention of global creative
industry leader, Communication Arts. Not to mention, hundreds of thousands of motorists and pedestrians. Adding fuel to the fire, the images were banned
on outdoor boards owned by media behemoth, Clear Channel, which is ironic because most of their billboards in LA and New York feature models wearing
far less clothing.

We're not around right now. But you can send us an email and we'll get back to you, asap.